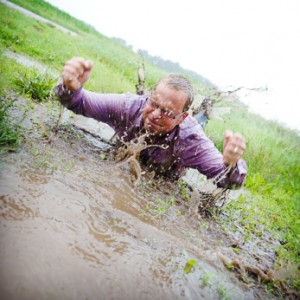 In May 2002, I spent three weeks traveling around Chile and Brazil, doing safety audits of chemical plants. I arrived at a chemical plant in Brazil and I was fascinated that the place was full of beautiful trees and landscaping, with birds and animals making it part of their home. In a way, it reminded me of a private zoo. At the water discharge area, the waste water was pumped through an aquarium which had beautiful tropical fish in it. The visual effects of this chemical plant were awesome and they set the stage for a very positive visit. My main hurdle at this location was that I didn’t speak Portuguese, and the people I was meeting up with spoke broken English. I have never been one to let my lack of languages get in the way of communication, so I used hand gestures, facial expressions, smiles, and a few key words to allow me to get my work done. Everything about the Brazilians impressed me- their use of hydro-electric power, their focus on conserving energy, and their passion and friendliness.

There were two things that went wrong during this visit that still get me chuckling today, and remind me of a key consideration when interacting with people of different cultures.

During my safety audit, I took the time to work on a project with one of the local Brazilian engineers. In Brazil, I noticed that the engineers appear to be high up on the social scale. They were all immaculately dressed in suits and ties, and looked extremely professional. I was brought to the top of a steep grassy hill where the engineer I was working with wanted to show me the location where he wanted to put new processing equipment. There had been a heavy rain that morning, and the ground was very slippery. In fact, it was so slippery that we had to pull ourselves up to the top of the hill by clinging onto the surrounding wire fence. At the top of the hill, the engineer pointed out the area where he wanted to put the equipment and then started to unroll his engineering drawings. While unrolling his drawings, he let go of the wire fence and immediately lost his footing and started rolling down the grassy hill, picking up mud as he fell, with his engineering drawings blowing away into the distance. He came to a stop at the bottom of the hill with his face, arms and suit absolutely caked in mud. I carefully came down the hill clinging to the wire fence. I went over to him and asked him if he was ok, making an “ok” sign with my hand. The engineer was not happy with what had happened and went away to get cleaned up.

I continued my safety audit going from section to section of the chemical plant. Everything was immaculate and the documentation was thorough. It energizes me to see people implementing safety at a high level, and I spent a lot of time smiling at people, thanking them for doing good work and simultaneously giving them the “ok” sign to emphasize my appreciation.

On day three, the head auditor came up to me with a sarcastic smile on his face and said, “You need to stop doing the ok sign, it is an extremely rude gesture here in Brazil”. My face dropped when I considered that I had already done the damage by inadvertently telling about 20 people that they were ass@#!&!’s…even the poor mud-caked engineer.

I made my apologies and there were no hard feelings; they knew that my intent was not bad and they laughed it off. I must admit that I was angry with myself because as someone who has travelled to 75 countries, I should have known better and should have researched the cultural differences before visiting.

This memory reminds me of the importance of understanding cultural aspects whether you are visiting a foreign country or presenting to people of different cultures. In a previous article, I talked about “audience analysis” so you can hone your presentation materials to your audience’s needs and circumstances. Imagine how powerful it would be to know ahead of time what different cultures will be represented in the audience and to incorporate some cultural uniqueness that they can relate to. The other benefit can be to get an understanding of gestures that are considered appropriate or inappropriate, and to understand ahead of time the cultural nuances of the audience. Here are some general examples:

Brazil
• The “O.K.” sign is considered very rude and vulgar; the “thumbs up” gesture is used for approval.
• Clicking the tongue and shaking the head indicates disagreement or disapproval.
• Presentations should be expressive and have some flair.
• Brazilians are expressive and passionate conversationalists. Be prepared to be interrupted.

France
• Use last names and appropriate titles until specifically invited by your French host or colleagues to use their first names. First names are used only for close friends and family
• Academic titles and degrees are very important. You are expected to know them and use them properly.
• The “ok” sign, made with index finger and thumb, means “zero.”
• The French use the “thumbs up” sign to say “ok.”
• Keep your hands out of your pockets.
• Be on time. The French appreciate punctuality.
• The French dislike disagreeing and debating in a public forum, but enjoy a controlled debate, whereby an informed rebuttal is appreciated.
• Presentations should be well prepared, comprehensive, clear, well-written, informative, and presented in a formal, rational, professional manner- appealing always to the intellect.
• The French do not tell or like to hear jokes. They prefer intelligent and satirical wit. Funny stories of real life situations are appreciated.

Ireland
• The Irish are uncomfortable with loud, aggressive, and arrogant behavior.
• A “Reverse V for victory” gesture is considered obscene.
• The Irish respect reserved behavior. Initial meetings should be low key.
• Always be sincere. The Irish dislike pretentious behavior.

Country-specific information is excerpted from the “Put Your Best Foot Forward” series by Mary Murray Bosrock.