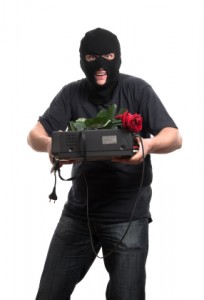 Years ago, my four year old son Eric ran into the kitchen shouting, “Mommy, Mommy, Mommy – Daddy is making another bomb for his speech!”

The madness started at a public speaking conference education session in May, 2000, where the presenter stated, “It is critical to have an explosive opening in a speech to get the audience sitting up in their seats”. To most people, ‘explosive’ means “energetic or captivating”. To me, the engineer, it means some sort of contraption that would produce a sound as loud as a cannon.

At that time, I was developing a speech for a competition about my family being impacted by terrorism in Ireland. I decided my “explosive” opening would be running onto the stage and immediately setting off a cannon-like noise device. I envisioned that by frightening the audience, I would help them relate to my family’s experience with terrorism. I won all the different stages of the competition, club, area, division, and was eventually at the the district level. At each successive competition level, I found that my “noise- making device” was getting bigger and bigger, and increasingly more powerful.

As someone who brews and kegs my own beer, I had a fire extinguisher-sized bottle of high pressure carbon dioxide, at about 1000 psi of pressure. I had seen on the internet that you could make a device that sounds like a cannon by attaching high pressure hoses and connecting the carbon dioxide bottle to a one liter empty plastic bottle of soda. The soda bottle would rupture violently, producing an amazingly loud cannon-booming retort. I purchased all the connections, hose, bottle attachment, and quick operating valve handle from the local hardware store. I also purchased a metal garbage can which would amplify the noise level and protect me from any potential pieces of flying ruptured plastic bottle. I tested it many times with different bottle sizes and types until I got the perfect sound.

The day of the competition came. I remember the Master of Ceremonies (Contest-Master) on the stage introducing me. He glanced into the garbage can and saw the high pressure carbon dioxide bottle, hoses, and valves. His instinct seemed to tell him that he needed to be far away, and he walked well away from the area while I simultaneously ran on the stage wearing a balaclava and shouting, “Freedom!”, and firing a small dog-training blank gun into the air a few times. Then I hit the activation lever on the side of the garbage can. There was an unimaginable “KA-BOOM!” I had forgotten that the noise would be exaggerated even more by the high powered lapel microphone audio system. You may be asking “how loud is ‘KA-BOOM’, Dave?” Do you know the sound that lightning makes when it strikes directly above your house? It was that loud!

After the explosive noise, there were three noticeable things:
• People in the first row had scared, bulging, cartoon-like eyes
• Judges in the second row had visibly shaking judging ballots, and I imagine they were marking their ballots with zeroes.
• The third thing I noticed was the noise had been so loud that I had lost my hearing. My mouth was delivering my speech, but all I heard was an annoying ringing noise.

By the time I got halfway through my speech, I knew it was literally “bombing”. My speech was too extreme, and the audience could not relate to what I was trying to portray.

I got to the emotional part of my speech where I was talking about the Irish terrorists holding a gun to my dad’s head when he was working in a village bank in Ireland in the 1980’s. They forced him to open the safe. I described how the terrorists came out of the bank, shooting in the air, causing young and old to drop to the ground in terror as I watched huddled down in a shop opposite the bank.

As the room went silent while I described the mayhem on the village street, suddenly there was an unexpected second, even louder “boom” from the garbage-can-device. My confused, scared face must have sent a very clear message to the audience that at that moment we were all possibly in danger.

I glanced into the garbage can and saw that the second “boom” was due to the high pressure hose rupturing when it had somehow trapped liquid carbon dioxide in itself. Pressure had continued to build up; it had most likely ballooned beyond its structural capability, and had ruptured violently. I discreetly tightened the isolation valve on the carbon dioxide bottle and finished my speech. It goes without saying that I did not even place in the competition. The judges sent a clear message to me. After the competition I questioned, “What was I thinking, bringing such a speech to the stage,” the audience would never be able to relate to the stories or even to the point I was making.

Looking back on this competition, I make fun of myself. I coach speakers to get in front of audiences and speak as frequently as possible to boost their confidence level. I tell them, “If you ever gain the confidence to give a contest speech while diffusing a bomb – you are a Darwin Award overachiever.”

What Can We Learn From This?
When developing the outline of a speech and determining what points you want to make and stories to include, think about the audience.
• Will they have any interest in the points or stories?
• What’s in it for them – how does it relate to their world?
• What knowledge do they have of the subject? Do they care about it?
• Will they do anything with the information you give them, do they have a take-away?