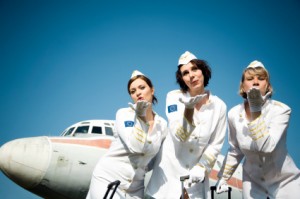 Several years ago, I was traveling from Houston to Dallas on a Friday evening flight. It had been a tough week, and I wanted to get home. A few minutes before take off, we were taxiing towards the runway as an unwelcome voice came over the speaker, “Sorry folks, we have just had word from air traffic control that a thunderstorm has moved into Dallas, and we have to stay put for at least 20 minutes until we get an update”.

What I remember about this flight was the attitude of the airline stewardesses. They did not miss a beat trying to keep the passengers amused and distracted. They told jokes, they held quizzes, and they kept the atmosphere upbeat. People talk and write about the Southwest Airways culture of fun; however, nothing will compare to seeing it in action. On this flight, there was one event that I will never forget. It is something I have mentioned to people when making small-talk, and also something that I include in speeches when I am doing keynotes on the benefits of incorporating fun into the workplace.

Sometime during the two hour delay, one of the stewardesses found out that an elderly passenger on board was having his birthday. The passenger was a man in his 80’s. One of the stewardesses got on the microphone and announced that there was a “birthday boy” on board. A few rows in front of me I could see the old man, and I smiled as I saw the other stewardess, a very pretty busty blonde, bringing him a bottle of “bubbly”. The old man was sitting in the window seat, and she approached him, all eyes were on her. She lent in towards him, handed him the bottle, and immediately started singing happy birthday to him in the same kind of sexy, husky voice as Marilyn Monroe sang to President Kennedy on his birthday in 1962. The old man had a huge smile on his face as he and the stewardess had this “intimate” moment. There was no doubt in my mind that this was an incredibly great birthday gift for him.

The stewardess had found an opportunity to bring humor to her workplace, make an old man happy in a humorous, dignified manner, and make the passengers chuckle. She had embraced the workplace culture that Herb Kelleher had initiated during the early years of Southwest Airways. I have no doubt that this stewardess is proud of the company she works for and what it represents. It does not surprise me that during tough economic times, Southwest Airways was able to continue to succeed.

I do about 20 business trips a year that require me to fly, and I choose to fly with Southwest as much as possible. I have had my fair share of flight delays and other hiccups along the way, but I remember things that want me to help them succeed. I remember my boss and I being abandoned by a competitor airline in Corpus Christi, Texas, when the last flight at night was suddenly cancelled and we were on a day business trip. The employees at the airline gate desk had literally walked away from the passengers without telling us what was going on, and when we chased after them, we were abruptly told that we were out of luck this evening, and should go to the ticket desk to arrange travel for the next day.

At the ticket desk, we were informed that we could get on the stand-by list for a 2 pm flight the next day. This was not acceptable to us, so we went to the Southwest desk and they immediately put us on the first flight in the morning, and even asked us if we needed help getting accommodation. They phoned a local hotel to get us rooms and a hotel shuttle bus. That little bit of customer service will get Southwest Airways my business for many, many years.

One final note on Southwest that I love to tell people about is that I was at the back of the plane and was listening to two stewardesses chatting on a flight late at night with the lights dimmed and most people snoozing. One stewardess said to the other, “You know, I am going to work for Southwest for a couple of years and then I should have enough money to be able to afford to go to rodeo school!” As an Irishman who grew up in small towns, these words were music to my ears. Where else in the world could you hear those words?! Southwest doesn’t just hire funny people- they hire interesting human beings that bring character to the company.

10 Benefits of Having a Workplace Culture that Embraces Fun:
1. Enhance your customer service – Imagine having clients that have such a good experiences that they are actively talking about your company, and recommending it for business.
2. Stimulate workplace passion and creativity.
3. Evoke a culture of helpfulness and balanced fun.
4. Recruit talent and retain valued employees.
5. Elevate performance and morale.
6. Enhance teamwork, motivation, and recognition.
7. Understand the competitive advantage of a fun workplace
8. It can help empower employees to be successful.
9. Benefit from employees working hard, playing hard, and having fun at both.
10. Diffuse conflict with humor