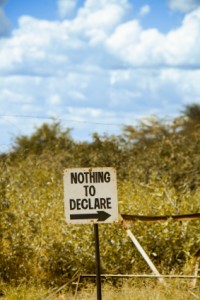 In July, 1994, I was living in London, Ontario, in Canada with my wife. We did not have any kids at that time, and were able to do things like woodworking classes. The other woodworking students had all decided to do small projects such as spice racks, small wooden boxes, and coffee mug racks. We, on the other hand, had other ideas. We would turn up with what seemed like half the Amazon rainforest strapped to our car as we had decided to make a full-size workbench with 10 drawers, 2 cabinets, and included dove-tail type joint connections. We were so into woodwork that I even gave my wife a portable table-saw as a wedding anniversary gift. Here was my engineer logic, “She loves woodwork, it’s our anniversary, and it will make her happy”. About 20 years later, I feel she is nearly ready to forgive me!

Sometime after that, we had a phone call from Buffalo, New York, USA. The person calling was an old Jewish friend of the family whose husband had died recently. She was offering us his 100+ years old woodworkers’ workbench, a huge solid piece of oak that was in great condition. Even all the parts of the vice were made of oak and perfectly preserved. We told her we would arrive at her house on the weekend and bring it back to our house in Canada to provide additional working areas for our numerous projects.

We arrived at her house and she was in a grumpy mood. She was still bitter over the fact that in her husbands will, he had requested that he be buried with his first wife back in Israel. She angrily stated, “He’s dead, I’m the boss now, he’s buried here in Buffalo and I will be beside him for eternity when I go!” Following that outburst, we went to the garage to view the workbench; it was a piece of woodworking art. It was beautifully constructed, and had all the signs of being built and used by a professional woodworker. The workbench seemed to weigh a ton; we struggled to inch it bit by bit out of the garage, over to my old Ford Tempo. We slowly turned the workbench upside down, and gently removed two legs by removing wooden dowels and tapping the joints. We managed to insert about 1/4 of it into the trunk of the car. There was still about 10 feet of it sticking out from the rear of the car, so we had a complicated rope system stretching all the way to the front bumper to keep it in place.

We said our good-byes and the minute I took my foot off the clutch, the car’s front started to rise. I had to “work the clutch” to get the car moving and simultaneously keep the front wheels on the road. Driving very slowly, we arrived at the tiny Canadian Customs Booth at the Rainbow Bridge at Niagara Falls as the sun was going down. It was a miserable, drizzling day, and I was tired. The customs officer slid his booth window to the side and asked me, “Anything to declare?” I answered, “No,” and he immediately waved me on. As I took my foot off the clutch carefully to move the car forward without doing a “wheelie”, I noticed my wife glaring at me and rolling her eyes. We got away from the bridge and she shouted at me, “Nothing to declare…what about the workbench, Einstein?” I drove on thinking to myself, “I need to get better focus”. So what about that customs officer? He is paid to look for people smuggling things into the country and the 10 feet of “contraband” workbench sticking out of the car was not exactly “hidden”! I imagine it was just another tough day at the office for him!

This week’s article focuses on energized employees. Are your employees fully engaged in their work tasks or are they just doing the minimum? Is there a lot of activity rather than actual achievement? Does your workplace have a culture of candor where people are focused, participating, and speaking up at meetings, or are they non-active participants unless they are asked a question? If your employees are not fully engaged, this can have a huge negative impact on your bottom line. Another erosion of profits can be the extra burden that is imposed on workers when others are not towing-the-line. To put this in perspective, a friend who was going to retire in a year or two is handing in her notice today. She told me that her coworker is not doing as much as he could, and she is worn out having to do extra work. This sudden resignation is going to hurt the company in many ways. There will now be an extra burden on everyone else. Elevated stress levels can impact loyalty, and a destructive cycle of resignations can easily evolve.

Top 10 things companies can do to keep employees empowered and engaged:
• Create a culture of respect and trust
• Empower employees to come up with solutions rather than just problems, give them ownership
• Know the employees and treat them as human beings rather than just workers
• Conduct honest performance reviews and implement a measured corrective action plan to encourage employees to improve engagement and achievement
• Implement programs that will build camaraderie and team spirit amongst employees
• Establish a recognition and reward program that will encourage employees to put in the extra effort
• Regular communications to employees
• Develop a forum where employees are empowered to provide ideas. Allow them to give feedback on tasks that are of questionable value, that are robbing them of time
• Make sure that personal and professional development opportunities are available including multi-functional cross-learning
• Look for ways to bring fun and energy into the workplace