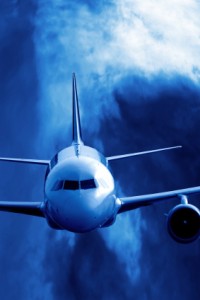 As someone who travels a lot- I have travelled to 75 countries so far for business and pleasure-, I have had my fair share of delays due to mechanical failures, bad weather, unexplained reasons, and lost luggage that has decided to visit places other than my final destination. It’s easy to bear a grudge against airlines, but I have grown to focus on the positive things they do.

As I was getting ready to fly back to Dallas from Amarillo, Texas, on January 13th 2010, I watched the sad news on the TV about the earthquake’s devastation in Haiti. They talked about how organizations here in the USA were scrambling to help.

This article is about companies taking the opportunity to “pat themselves on the back” for jobs well done. They do not just communicate successes and uplifting initiatives to their employees, they publicize to the world. Let me give you some examples:

In July, 2009, I was coming back from Ireland from a family visit when I picked up the American Airlines “American Way” magazine. There was an article by American Airways Chairman and CEO Gerard Arpey. His one page article described how his company had partnered with Operation International Children (OIC) which works to give Iraqi kids and kids in other countries, a better life. US soldiers had noticed that the schools in Iraq had a lack of basic supplies such as pencils, books, blackboards, etc. and they gathered these types of supplies from family and friends to help out the local schools. That evolved to OIC being formed to support this effort. Gerard Arpey wrote that American Airlines had recently teamed with OIC, and undertook an eight day journey to deliver 20 tons of school supplies, new shoes, and other items. He also encouraged people to visit the OIC website at www.operationiraqichildren.org to make donations.

Six months later, while traveling towards the security area at Amarillo airport, a bulletin board with memos pinned on it stopped me dead in my tracks. The memos were formal letters recognizing some airport employees. It did not just name the employees who had been going over and beyond their normal duties, it described in detail the specific excellent work they were doing. I can imagine that these employees felt really good about themselves, not only being recognized in the arena of fellow employees, but also being recognized by passengers. What a great idea to not only give employees credit for good work, but to communicate the details as broadly as possible. I can imagine how this would enhance employee loyalty, energy, and level of engagement. As a passenger, it made me feel good while I was reading the notes.

Two hours later, I was on my Southwest Airlines flight enjoying some peanuts. I was tired and just wanted to be home and sleeping in my own bed. I happened to pick up the in-flight magazine and there was an article at the beginning of the magazine, written by the Chairman, President, and CEO of Southwest Airways, Gary Kelly. He talked about new years resolutions and also his “evergreen” resolutions, one of which is to give employees the “best place to work”. What a great statement to make to the world. Wouldn’t you want to be a customer of a company that has that culture? A culture that is not “just words” on a piece of paper or on a mission statement, but words you can see in action when you are traveling with them.

As a professional speaker who speaks on “Energizing Workplaces to Power Profits”, the continued upbeat, fun, culture of Southwest Airways keeps me coming back.

The day after my business trip to the Texas Panhandle, I read a CNN article that said the parent company of American Airlines and American Eagle (AMR) had sent three airplanes into Haiti carrying 30,000 pounds of relief supplies for employees, local hospitals, and aid groups. They were planning to send additional supplies once congestion problems at the airport were resolved. The airline was also noted as offering air mile incentives for travelers who donate money to the Red Cross.

Looking back at these recollections, I appreciate what management in the airline business is doing. They are in a highly competitive, challenging business where customers are not always happy. I appreciate that management is striving to look for any way to get a positive message out to employees and to the world. We live in a world where we are inundated with negative information, and I find it as breath of fresh air when a positive streak of light finds its way.

What are the avenues your company or organization could use to get a positive message out to the world?
1. Do you have a newsletter that could be viewed on the company website?
2. Could a hardcopy newsletter be put in the reception area for customers to read?
3. How about creating a blog site that describes great things that are happening in the organization such as:
• Community outreach activities
• Recognition of employee achievements
• Creative ideas that improve working conditions, customer service or the bottom line
4. Bulletin boards that are visible to the public