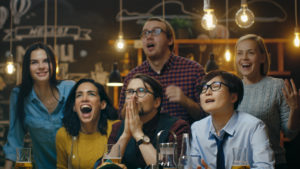 In this lesson, you learn to:

One of the big challenges that presenters have is how to connect with the audience, keeping them engaged and energized with fun, relevant, value-added interaction techniques. As a professional speaker I sometimes get asked by CEO’s and VIPs who are hiring speakers, “What audience interaction techniques will you use?” You need to be able to answer this question too!

Have you ever been at a training session where the instructor asks a question, but the energy level is low, and the responses are hesitant? Any instructor, presenter or trainer feels uneasy if there’s limited feedback from the audience. A highly interactive session gives the feeling that people are interested in the content and find value in it.

The difference between success and failure is knowledge, creativity, and technique.  Engaging the audience and building a sense of excitement and lightheartedness in the room can be extremely powerful.

One of the key considerations when using audience interaction techniques is what will work effectively for your specific audience and your specific speech content.  What may work for one audience may seem trivial to another.  The level of entertainment versus the learning value is important.  Your instructions to the audience for any engagement activity must be crystal clear.

In this lesson I share several techniques for audience engagement. Some are relatively simple and common. You’ve probably seen or used them before.  Others are quite the opposite, where  I combined creativity and a trace of madness to form beautiful moments with the audience. 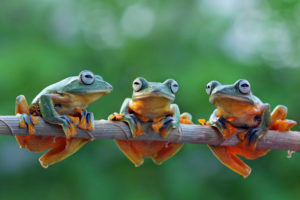 This audience interaction technique is an example of creativity, craziness, and risk-taking coming together. In the video excerpt I want you to observe that the audience volunteers became the heroes of the interaction. That was my goal!

The video below is not the best quality and was taped over 15 years ago, however I want you to hear and feel the audience excitement, the sense of anticipation, and the hysterical outburst of laughter. While you watch the video, ponder these important points:

TECHNIQUE 2 – GETTING INTERNET TECHNOLOGY (IT) DIRECTORS TO PLAY BALL:

Picture me preparing for a keynote speech for a group of 40 IT Directors. My preparation three months ahead of time included phoning three audience members and gathering information from the meeting planner. I asked her what the energy level has been in the room for previous events. Her answer was, “They are a tough crowd.” She mentioned they:

After our phone conversation, you can imagine my concern. I decided to try something I had not tried before.

Audience Instructions (I put these steps into my own words): 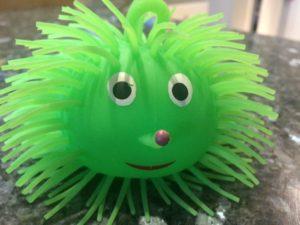 This playful audience interaction technique is a clever way of “getting” a volunteer while encouraging everyone to pay attention and focus on the content.

Buy a lightweight sponge or foam ball. So light that it will not hurt anyone or knock over a cup of coffee.

Note: This interaction technique produces nervous tension and humor…a great combination! It has the added benefit of keeping the audience focused on content retention. 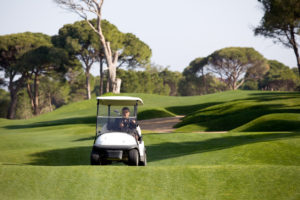 I was doing a keynote at an accounting firm and the attendees varied from secretaries, to front-line workers, to executives. My topic involved business communication skills and dealing with mistakes. I wanted to start them off on level ground. I broke them into groups by table, and requested that they discuss the following amongst themselves:

The exercise created a “beautiful moment.” There were many identified mistakes and funny stories that got everyone chuckling. The funniest moment came when an executive shared the story of his first job at a golf course where he was a golf cart driver. On his first day at the job he was travelling at high speed and crashed it through a wall. Nobody was in sight, so he drove away. At lunchtime he was called into the golf club managers office who asked him, “Did you crash the new golf cart?” The reply was, “No, absolutely not.” The manager repeated, “Did you crash the golf cart through the wall?” Again, the reply was, “No, absolutely not.” The manager scowled and said, “I want you to watch this security video!”

The audience ended up belly-laughing and here is what we can learn from this: 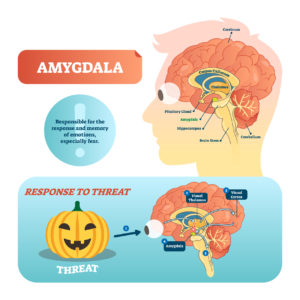 In this interactive exercise I was helping the audience understand some reasons that they procrastinate and are hesitant to perform certain tasks. I decided to describe the “fight-or-flight” syndrome that is produced by a part of the brain called the amygdala. The amygdala is the section of the brain associated with our automatic emotional reaction to a situation. In moments of being overwhelmed, such as having many tasks to do or a difficult one to do, there is a fight (resistance) or flight (ignore) reaction. The interactive exercise involved the following:

This one didn’t go so well! What did not go as well as expected? 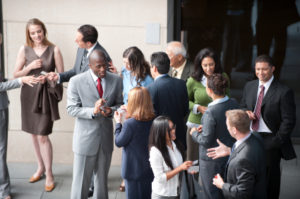 Turn up early to mingle with the audience. Why would you want to do this and what does it have to do with audience interaction?

If you are incorporating an audience member’s funny example or story, it’s nice to give them credit by calling out the person’s name and letting the audience know that you were discussing the topic at hand. (E.g. “I was discussing this very topic with Sara earlier. She said…”)

Note: Mingling with the audience before my presentation and encountering chuckle moments has additional benefits:

Now it’s time to incorporate interaction into your content!