Crashing and Burning at a Management Meeting 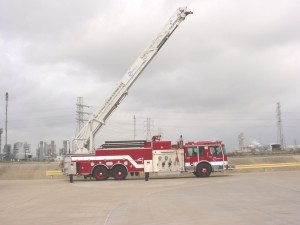 In 2002, the chemical industry was in survival mode. We were being told that every $100 being spent was to be scrutinized. As a Corporate Principal Risk Engineer, I was standing in a conference room presenting to upper management trying to convince them to buy a $650,000 fire truck to replace an old one at a chemical plant. Someone had previously tapped me on the shoulder and advised me that it was “career limiting” to push this kind of project during the dire economic environment. It was my job to support the chemical plant emergency responders and get them the safety equipment that they needed, so I put a lot of work into developing a top class PowerPoint presentation to convince upper management to approve it.

People took their seats in the room, and I could feel the tension. The lights were dimmed a little bit so the PowerPoint presentation’s bullet points would be clear. I had rehearsed the presentation with a chemical plant emergency responder for hours so that it would flow smoothly. After numerous slides, the nonverbal language from the audience gave a clear indication that we were failing miserably. Some people had narrowed eyes, one person had a raised eyebrow, and the aura of tension was building. I stopped my presentation, and turned off the projector.

We took out a large engineering drawing with an aerial view of the chemical plant, and started circling areas of the chemical plant that, over a period of 30 years, had experienced fires. I turned to the emergency responder and asked, “What would have happened if we did not have our large ladder fire truck available during these fires?” He stated that there would have been a high probability of the fire getting out of control causing significant damage. The response time of fire trucks from our other chemical plants in the area could be as long as 40 minutes, due to railway crossings at the entrance and very long freight trains causing delays. His words struck home, and after additional dialogue, agreement was given. It makes me proud that the company I was working for would spend so much money during tough times, but it was fortunate that we were able to pick up on the nonverbal feedback and change tactics.

Nonverbal Audience Feedback Signs To Be Aware of as Speakers:
• Rubbing forehead – unclear explanation, confusion and/or stress, frustration
• A raised eyebrow, tent shaped eyebrow or squinting eyes – questioning your last statement, shows pessimism, skeptical
• Scrunched up nose – considers your idea stupid or off target
• Pursed lips – does not approve
• Frozen smile – afraid to express true feelings of disapproval or disagreement
• Nervous gestures – anxious about topic at hand
• Darting eyes or fidgeting – bored, feels pace is too slow
• Looking up or holding a hand to the chin – analyzing the information
• Looking away – does not want to deal with the conflict topic
• Hand to chin – processing the information

Value of understanding nonverbal audience feedback:
Imagine you are giving an important presentation at your workplace, but you notice that a few people are giving an indication of being confused or skeptical. What do you do? You have a choice of plowing ahead with your presentation with the knowledge that you may not be successful, or you could stop and respectfully check and see if the nonverbal feedback signs should cause you to do something different.