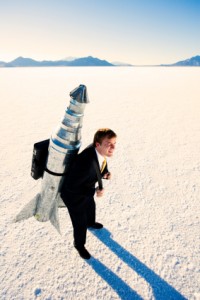 My youngest brother is an example of someone who has developed a strong, zany sense of wit. The understatement of the day is that he is personable and finds the funny and crazy side of day to day happenings.

One of the best examples of him in top form was when we were visiting the Guinness Brewery in Ireland several years ago. While in one of the main brewery buildings, we noticed a group of tourists with a guide who was telling them the historical details of when the brewery started producing Guinness in1759. Behind the guide was a huge copper vat, a piece of old brewing equipment that would have been used over 100 years ago. It was a large, bulbous vat tapering off at the top into a narrower section. On the upper part of the narrow section was an observation port that looked a bit like a ship’s porthole. This might have been something the brewer used to observe the brewing process or to add ingredients, such as hops.

Before you could blink an eye, my brother was standing in front of the crowd, blocking the view of the guide behind him, and he had taken over the historical talk. The crowd stood in fascination as he told them that the copper vessel was in fact the first Irish spaceship and the window at the top was where the astronaut sat on a deckchair drinking Guinness during takeoff. The crowds of tourists were frowning at first, wondering what had happened to the guide and who this stranger was. Then they realized that they were being taken for a ride by an Irishman with a wacky sense of humor. As he continued his Blarney (Irish slang for nonsense talk) he got them rolling in laughter and his historical depictions got wilder and wilder.

We then worked our way up to the drinking section of the brewery where there is a glass cube-type structure high above the city of Dublin; there were people from all over the world to chat to, and pretty smiling barmaids handing out free Guinness. They call this area the Gravity Bar. For any Irishman this was like dying and going to heaven, and my first words to the barmaid were, “Are you an angel?!” She smiled, chuckled, shook her head in fake annoyance, and started pouring nice creamy pints of Guinness. Life is good!

Finding Your Unique Sense of Humor and Nourishing It:
Making a decision to commit to learning the process of developing and delivering humor is a step you will never regret. It takes dedication and a lot of trial and error, and there will be times that you say to yourself, “That was funny, why did the audience not laugh at that?” and there will be times that they laugh at things that you consider innocuous and you think to yourself, “OK, now why did they find that funny?” The day you step in front of an audience to try out humorous material and you get them rolling with laughter, is a day you will never forget. Imagine you have just delivered a humorous story, the audience is laughing, and you consciously have to let them continue to laugh before you speak your next line. You are focusing on keeping a straight face and you feel the elation from success. As the laughter starts to dissipate you continue, and the audience erupts into an even bigger frenzy. The humor you develop can be honed and you will find that much of it can be used over and over again with different audiences, and can be used to illuminate different points.

One of the initial steps is to gain an understanding of what makes you laugh. If you are delivering material that you do not find particularly funny, why should you expect your audience to laugh?

The following are some of my day to day chuckles, humor, or motivational occurrences that I have been writing down anytime they come to mind. I have been writing them in Twitter (davehillspeaks) which forces me to catch the essence of the vignette in a 140 character online forum. It is important to understand that the “seed” for humor typically starts off at the chuckle level. It can then be turned into humor through careful wording choice and incorporating enhancements such as vivid visual descriptions.

The following exercise is to help you identify what kind of things you find amusing and why. Another thing to watch out for is what you find somewhat offensive. Only use humor that you are comfortable delivering, and what is appropriate for the audience and the occasion.

1) Circle the ones you find amusing and write down why.
For Example – “My dog had cancer surgery. My mother in law said that $840 was a lot to spend on an old dog. My mother in law is 80…and needs hip surgery!” The reason someone might like this is because they can relate to an elderly person making an off the cuff remark that can be viewed another way.
2) Circle the ones you find inappropriate or eyebrow raising and write down why.
For Example – “My Canadian-Hungarian wife has a Christmas tradition of baby Jesus bringing gifts. In Ireland it’s Santa Claus. Is Jesus-Claus a compromise?”
3) Start capturing your own daily chuckle observations.
This process will help your brain become alert to life’s humor that you might not otherwise notice. The importance of this should not be underestimated and it requires very little effort. You just need a system to capture the essence of your observations to start this process. I use tiny Post It Notes that are in my wallet, in my car, and on my kitchen table for immediate note taking. I then transcribe them into other filing systems, including Twitter.

Some reasons you might have a preference for specific vignettes might be:
1. Relating to the content through your own experiences – Example: On the airport rental-car bus & the idiot driver was peering at his computer & swerving. I asked him if I could change my rental car to a hearse.
2. Making fun of yourself – Example: I told the presentation skills class to avoid walking through the projector light. Tried to demonstrate, but I was too short to block the light!
3. Visual images are strong – Example: Canadian research shows that if you run at a bear, it will run away 9 out of 10 times. I wonder how much they pay the poor intern to find out.
4. Wordplay (the meaning of a word in used in a different context) – Example: My son & his friends make a human wall to block the soccer ball during a shot at their goal. He is 1 ft shorter & more of a curb than a wall!
5. Absurd – Example: A friend went into Wal-Mart at 5 am. She turned into an aisle & saw a man naked from the waist down, trying on camouflage trousers. Weird!
6. Ridiculous – Example: My dad asked my brother to plant the lettuce plants. He was furious when he found them in one hole with the elastic band still attached.
7. Healthy embarrassment – Example: Today I was given a gold star by my dentist for “most punctual patient”. I had arrived a day early. Turned 50 in Feb, every day is exciting!
8. Paradoxical – Example: Irish religious/positive thinking perspective on flights getting delayed and getting stuck at the airport…”God wants me to drink beer!”
9. Element of surprise – Example: Bali coffee plantation 2008 – drank coffee & saw caged Civet cat-size animals. Learnt my coffee came from excreted Civet coffee beans – Yuck.Discovering