When Engineers Try to be Funny! 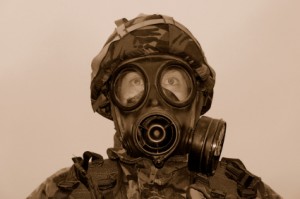 If I was to ask you to visualize an engineer presenting clearly and concisely, illuminating his points with stories and humor you would probably scowl with skepticism. The following is an example of an engineer who is dedicated to being an exceptional presenter.

In February 2012 an African engineer was presenting to his peers on a technical subject. He was new to the company and wanted to make a good impression.

He opened his presentation with a funny anecdote of when he was in the US army in Afghanistan. While driving the army Hummer, there was an American officer in the passenger seat. They were in the danger zone of a remote area when the Hummer’s engine overheated and steam billowed out the front. The officer shouted out, “Pop the hood” but was surprised when the African engineer frantically put on his gas mask while shouting out, “Gas, gas, gas,” and simultaneously making the gas alert signal with his arms.

In colonial Africa, the hood of a car is called the bonnet. The African engineer in a moment of panic concluded that the term “pop the hood” meant put on your gas mask and protective hood.

The audience of engineers laughed loudly and the engineer then transitioned into his technical presentation. He used the analogy of the human body parts utilized to safely cross the road to depict the components of a computerized safety system that manage industrial chemical plant hazards. 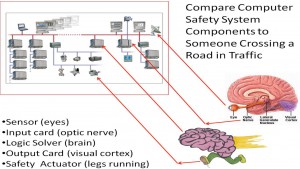 Why was this engineer successful?